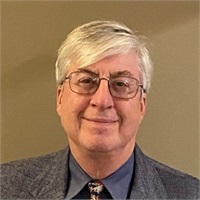 Bill has acted as the firms’ representative with regulators, including FINRA, the SEC, and state regulators. He has working in a Compliance or Supervisory role on both the commission based and fee- based sides of the business.

He has been a sports cars racer with the Sports Car Club of America since 1986, racing in several different classes and racing over 10 different cars. He has earned numerous awards for his driving.

He currently lives with his wife of 32 years, Sandy, and their daughter Katie, in North Jackson, Ohio, overlooking their equine facility.