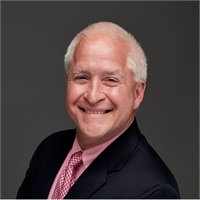 David Pintaric is a 33-year veteran of the investment industry, following his father’s footsteps by joining the family business, WRP Investments, in 1986.

He started in the industry by developing a retail practice that served individual and corporate clients in retirement planning, investment selection and insurance needs.

He then served WRP representatives working his way through the operations and marketing divisions of the broker dealer, eventually becoming President and CEO. He attracted and led a team lead to the firm being named Broker-Dealer of the Year in 2012 by Investment Advisor Magazine.

David received a Bachelor’s of Science in Business Administration in 1985 from Youngstown State University.

David also races cars professionally, currently in the Trans Am Series, where he is the 2013 Rookie of the Year and has 10 career podium finishes including winning the 2018 race at Daytona International Speedway. He is also a 5-time amateur National Champion, the most recent when he won the SCCA National Championship at Indianapolis Motor Speedway in October 2017.

He and his wife, Janet, have been married 29 years and they have a daughter, Rachael, who has followed the family tradition in the investment industry by obtaining her securities license in 2015.